1807blends
39 Trustpilot reviews
Helen McCormick
Having tried several different CBD oils over the years I can honestly say the 20% by 1807 is by far the best. You can taste the quality. Very reasonably priced; it’s my go to whether I’m in Mallorca or England as their posting is efficient and it’s a better product than I can find locally. Looking forward to trying their flowers!
Read more
Azra Kovacevic
Good product, speedy delivery, cordial communication.
Read more
Santiago L
All ok Quick delivery and marvellous product I’ll buy it again but it seems long period as I need it only from time to time
Read more
Charlie Davies
Read more
customer
Fantastic products, quick service, excellent quality (recyclable) packaging, highest quality And effective CBD oil. Highly recommend!
Read more
Patricia Palmer
I only just received the samples, but I have tried the apple and the natural. I prefer the natural. My only comment would be that it would have been helpful to have the %strength on the bottles. Thanks!
Read more
Anke
Great gift, high quality & very stylish
Read more
mo lundy
The 40% 1807Blends took me OFF heavy painkillers in 3 days!!! Right after surgery I came In touch with this CBD. I had a traumatic experience at hospital due to an allergic reaction to the anesthetic, they had to take all the anesthetic off within hours after the opp. (I was meant to have these tubes in me, shooting anesthetic to my joint for 48 hours!!) And they removed everything, and unable to give me nothing for the pain until they new exactly what I reacted to... So in panic and scared of the pain I looked for natural remedies, and I kept coming across CBD... but I was skeptical about it as I tried many different brands before and they never worked. I researched for hours in my hospital bed what differenciates some CBD's from others and 1807Blends just ticked all the boxes. So out of impotence I decided to go for the highest concentrate I've seen so far and I could not believe it's results!!! 3 days out of hospital I replaced 4 different pain killers 4 times a day, for 4 drops of CBD oil TWICE a day!!! Can you believe it??? Best product ever!!! I 100% recomend it and not only just for pain, but for brain clarity and general well being, you will feel more focused and ready to take the day!!! Absolutely amazing stuff
Read more
Juan Flores
Great product, very happy: effective, and useful. Opening the bottle is a small challenge, mainly the first time, but otherwise all excellent.
Read more
Zander PB
My dog had episodes where he would wake up, growl and then go back to sleep. This affected his sleeping habits and I started to look for alternative methods. I read about CBD and the positive affects it could have on animals, so decided to explore options. Having come across the high quality 1807 blends through a friend of mine, I decided to test it for a week and it has worked so far.
Read more

As passionate believers in the multiple beneficial effects CBD can bring to us, we want you to enjoy our full spectrum cannabidiol oil blends and benefit from the full entourage effect of all cannabinoids present in the cannabis and hemp plants in our blends.

Our Cannabidiol products are 100% Swiss made using cannabis plants grown in the Valais and Vaud regions of Switzerland, with every batch traceable back to its original farm.

1807 Blends products have been developed in the most sustainable and environmentally conscious manner, having the highest quality natural materials and utilizing Supercritical CO2 extraction to deliver the purest and most natural CBD oil. And since we control every aspect of our Swiss CBD, we can be sure that our Cannabidiol is 100% Organic, Gluten-Free and Vegan. We’ve also ensured our Swiss CBD oil is Kosher-certified.

OUR PROMISE is to provide you with the Purest, Highest Quality and Healthiest Cannabidiol oil.

CANNABIDIOL FOR SENIORS : WHAT ARE THE BENEFITS OF CBD ?

HOW DO YOU USE CBD OIL TO GET THE MAXIMUM BENEFIT? 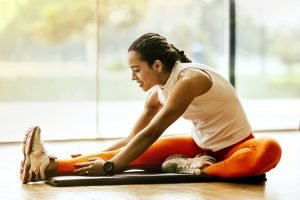 CBD IN SPORTS : CAN CBD IMPROVE PERFORMANCE AND RECOVERY?

CBD AGAINST STRESS: CAN CBD OIL HELP YOU ?

Full spectrum, broad spectrum, and isolate refer to types of cannabis extracts, also called concentrates. The terms are intended to indicate the amount of plant-produced therapeutic chemicals present in addition to the primary cannabinoids (THC and/or CBD); they are a shorthand way of conveying the diversity of bioactives in a given extract.

Full Spectrum means the maximum amount of helpful native phytochemicals are retained during extraction, including THC. There are no precise regulatory definitions, but the goal is to remove extraneous lipids while retaining an identical ratio of cannabinoids, terpenes, and flavonoids from the original plant source material. (This can only be verified by testing the material before and after the extraction.) True full spectrum extracts are more rare than one might expect; most extractions lose significant terpenes and flavonoids during processing because they are much more volatile than cannabinoids. We would always recommend Full Spectrum CBD oil due to the entourage effect one can benefit from all the cannabinoids.

Broad Spectrum applies to extractions which aim to retain a large complement of phytochemicals, but without the THC. This allows for some Entourage Effect action without the stigma and intoxication that accompanies cannabis’ most notorious component. Broad spectrum can also be created by either adding terpenes, flavonoids, and minor cannabinoids to CBD isolate or by removing THC from full spectrum extract via distillation.

Isolate is the purest form of extracted cannabinoids (CBD), a crystalline powder with a purity of 99.9% of CBD containing no other cannabis plant compounds. It is created through additional solvent processes after distillation.

If you have any questions regarding these three types of concentrates, please feel free to drop us a message in the chat. All of our oils are Full-Spectrum oils with less than 0.2% THC in them. The only Broad Spectrum oil we currently offer is THE MEOW CBD oil for cats, which is a Broad Spectrum oil, i.e.: THC-Free.

NEW TO CBD? CHECK OUT OUR FAQ.

CBD, or cannabidiol, is a chemical compound from the cannabinoid family that naturally occurs in the cannabis plant. Scientists have isolated 108 different types of cannabinoids in cannabis.

Delta-9-tetrahydrocannabinol, or THC, is probably the best-known thanks to its psychoactive properties — it’s the one that gets you “high” — but Cannabidiol is quickly gaining ground due to its potential therapeutic benefits.

CBD in Switzerland is legal as long as the product contains less than 1% THC. You need to be at least 18 years old to be able to buy any of the Cannabidiol products available.

As for Europe, countries like France for example, CBD products need to contain less than 0.2% THC. Our 1807 Blends Cannabidiol oil is a Full Spectrum oil with less than 0.2% oil, so you can order it as long as CBD is legal in your country of residence.

HOW TO USE CBD

No matter what condition you are trying to treat with CBD, giving yourself an adequate dosage is key. Research has indicated it is a safe method to treat several different symptoms.  Cannabidiol is non-toxic and presents zero risk of intoxication.

Your ideal dosage of CBD depends on a range of factors including body weight, body chemistry, the condition you are treating and the cannabinoid’s concentration in the product you are using.

Based on that, the recommendation is a step-up approach where you gradually increase the daily dose of Cannabidiol until the most desired results are reached. By using this method you are tailoring the amount of oil necessary to fit your needs.

This will help you better understand how to measure your dosage.

The effects can last for 6 hours so this process can be repeated 2 to 4 times a day as needed (a bottle contains ~320 Drops). For more information about dosage, please refer to our article CBD DOSAGE: HOW MUCH SHOULD YOU TAKE ?

Cannabinoids, like Cannabidiol and those mentioned above, interact with receptors in the human body’s endocannabinoid system, as well as other systems within the body including our Adenosine receptors and Serotonin receptors.

WHAT IS THE ENDOCANNABINOID SYSTEM

CB1 and CB2 receptors are considered to be receptors within the “Classical Endocannabinoid System.” Beyond these two receptors, other receptors exist and interact with cannabinoids but have not been officially adopted as cannabinoid receptors by the scientific community. These receptors include TRP and GPR55.

More recently, scientists have found that cannabidiol, or CBD, most commonly interacts with receptors and systems outside CB1 and CB2 receptors. CBD interacts with TRP, GPR55, Serotonin and Adenosine receptors.

TRP is a transient receptor potential channel. There are about 30 TRP channels within the body which regulates pain, temperature, vision, taste and pressure. It is likely that cannabinoids received through the skin interact with TRP channels, as well as, in some cases, CB2 receptors.

GPR55 is referred to as a G-coupled protein receptor. Alongside GPR55, GPR119 and GPR18, also interact with cannabinoids. Early research suggests that targeting this receptor may provide treatments for inflammation, pain and anti-cancer effects.

Adenosine receptors also receive cannabinoids like CBD. Four Adenosine receptors are found within the body. Each receptor is responsible for varying degrees of interaction. A1 and A2A are found within the central nervous system, working with the heart to regulate oxygen and blood flow. Both A1 and A2A also mediate the release of neurotransmitters like dopamine. In addition, A2A mediates inflammatory response within the body.

Conversely Adenosine receptors A2B and A3 are found in the peripheral nervous system and mostly are responsible for bodily processes like inflammation and immune function.

Cannabinoids, like CBD, interacts with systems like the Endocannabinoid System and receptors not found within the ECS like Adenosine, Serotonin, TRP and GPR55. Cannabinoids may turn on or off the functions of these receptors, creating enhanced or de-sensitized reactions in the body. This can aid in balancing the body’s imbalance.

WHY ARE 1807 BLENDS CBD OILS SPECIAL

The cannabis we use in our products is grown, harvested and processed 100% in Switzerland. Our CBD oil is extracted using supercritical CO2. This is the most expensive form of extraction and is widely considered the cleanest, most effective and safest method for extracting targeted cannabinoids – CBD, in our case.
Other methods of extraction include the use of toxic solvents, (ethanol, butane, hexane, pentane) which penetrate the plant material and often times the end product contains residual toxic levels of these invasive solvents.
We refine our extracted material through a distillation process, ensuring that we deliver the purest product possible to our customers.

SUBSCRIBE TO OUR NEWSLETTER AND GET 10% OFF YOUR FIRST ORDER

HELP US BECOME THE BEST CBD SHOP IN SWITZERLAND !

VOTE FOR US ON TOP-CBD.EU !