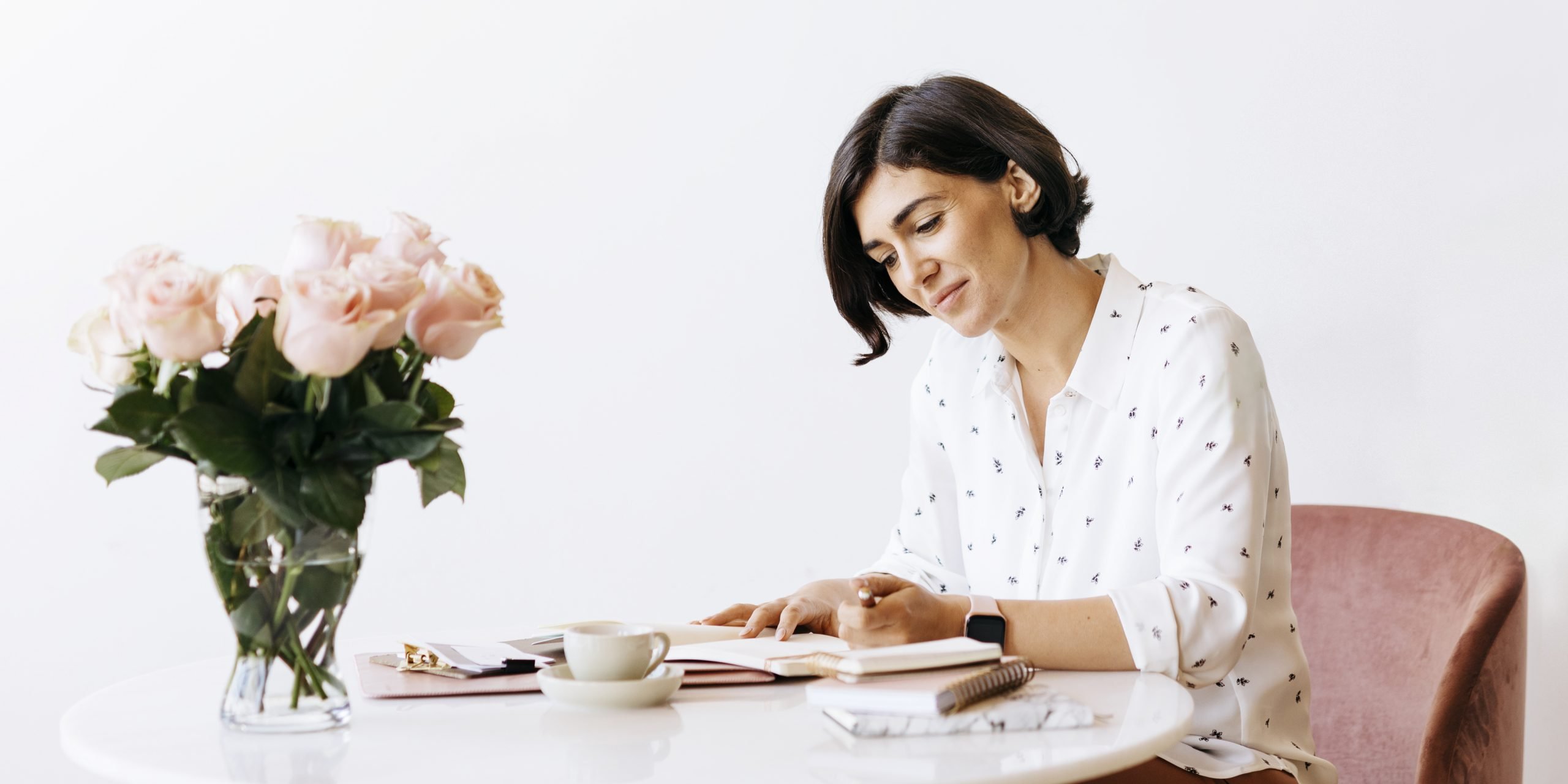 The use of cannabidiol (CBD) is on the rise, and many people are trying it for various reasons including using CBD oil for concentration.

CBD (cannabidiol) is one of the active ingredients naturally produced by the hemp plant, also called cannabis, in its flowering tops. It has many therapeutic properties, such as its anti-inflammatory, antispasmodic and antiepileptic action.

One of the main causes of the decrease in productivity at work or when studying is the multitude of distractions we have to face. Fortunately, there is a product that may help you focus while working : CBD oil. Below, we’ll take a look at what CBD does to the human body. Also, we will see how CBD could help you maximize your productivity.

Here’s what you need to know about using CBD for focus and energy.

Why do I have trouble focusing and studying?

Stress is a common factor that makes us unable to focus and study. As we project ourselves and dwell on the problems that are part of our daily lives, concentration and focus become nearly impossible. Whether it’s school, the gym or work, the story is the same.

In addition to being a distraction, the problem of focus and stress can be overwhelming. It begins to alter our sleep patterns. Lack of sleep, in and of itself, can cause serious damage to our health. Il can also worsen concentration and focus by negatively affecting dopamine levels.

Normalizing this vicious cycle can be quite discouraging for a sufferer. In addition to stressors, loss of focus is often a symptom of certain health issues. These issues include chronic pain and mental abnormalities such as ADHD, depression and anxiety.

The relaxing effects of CBD oil

The cannabinoid CBD could help relax and unwind, as well as potentially treat symptoms of chronic pain. This is largely due to the fact that Cannabidiol affects 5-HT1a receptors that control serotonin levels in the brain and body. It also interacts with endocannabinoid receptors that, among other things, control stress and energy levels. These types of receptors are present throughout the body. They affect the levels of essential neurotransmitters that control mood, anxiety and stress.

The growing popularity of CBD oil with people touting its many benefits has led to greater research interest. These scientific studies determined the role of cannabinoids in the body. They showed that CBD has a positive effect on emotional behavior, sleep, stress levels and irritability. That tends to prove that it has a calming effect.

Concentration problems are present at any age. A variety of factors can trigger these problems : cognitive and psychological disorders, the effects of medical treatments, situations of mental overload, and more. These problems can be innate, hereditary, biological, or simply obtained through life. Sometimes it is very easy to solve the problem, however, in most cases, the lack of concentration implies deeper difficulties. Here are some of the causes of concentration deficit :

If your concentration problems are due to poor health, seek help from your doctor. The sooner the diagnostic comes, the sooner an improvement on your general well-being and an increase in focus can be felt.

A natural way to relieve stress and improve focus is to use CBD oil. In fact, using CBD for energy and focus is why most people turn to this treatment. Cannabidiol has several properties that can help address some of the root causes of attention and focus issues.

CBD and the mechanisms of learning, attention and memory

Cannabidiol could have a positive effect on learning. Previous research conducted to determine if CBD affects memory concluded that THC and CBD have two opposing effects. The conduct of the test clarified the effect of the two cannabis compounds on acute memory.

Mental concentration, although it is a cognitive faculty, can be altered by many factors. A variety of factors can intertwine with each other : the environment, stress and energy related to diet and sleep quality.

Physiologically, concentration depends on the state of the nervous system. Neurons and their myelin sheaths (the material that surrounds neurons and ensures the transmission of the nervous message from one neuron to another) are essential to cognitive faculties.

The alteration of neurons and myelin directly causes a decrease in cognitive abilities and therefore in concentration. This is the case in many neurodegenerative diseases such as Parkinson’s or Alzheimer’s. These diseases lead initially to motor disorders and then progressively to cognitive disorders. These pathologies can affect concentration, elocution, logical reasoning or memory.

To guarantee the body’s energy, the brain needs sufficient energy intake to function properly. It is therefore essential to ensure a balanced diet, rich in omega 3 particularly valuable for brain capacity. The same applies to sleep. Sleep disorders are a real enemy to cognitive abilities and in particular to concentration.

A tired organism, even when fooled by natural or unnatural stimulants, will not be able to function properly. Cognitive capacities will be altered.

A healthy endocannabinoid system ensures overall well-being by regulating your immune response, appetite, metabolism, memory and other physical processes. A healthy memory is essential. But if something is wrong with any of your other physical or mental functions, you will be affected.

Cannabidiol (CBD) is an active compound in cannabis plants. One of its benefits is that it triggers the production of your body’s natural endocannabinoids. More endocannabinoids lead to better regulation of your physical and mental systems, increased performance and better health.

Cannabidiol may not directly affect concentration, but it can have a beneficial effect on all the components detailed above.

Anatomically, CBD is a neuroprotectant. It might help to repair neurons after a trauma but also to protect them. It could prevent neurodegenerative disorders such as Parkinson or Alzheimer.

In terms of mental health, it has a remarkable antidepressant and anxiolytic potential. People suffering from these psychological disorders would be relieved, soothed and would present a real improvement of their cognitive capacities. As far as addictions are concerned, the state of withdrawal can impact cognitive abilities. The anti craving effect of CBD can therefore also be beneficial on concentration.

Finally, as previously explained, sleep is essential to the proper physiological and cognitive functioning of the body. Its alteration can therefore have serious consequences, especially on the concentration. Unlike THC which has little or no benefit on sleep due to its high psychoactivity, CBD is much more effective. It favors a quick sleep while respecting the different sleep cycles and especially avoiding a foggy awakening associated with THC.

Traditionally, people with ADD at a very young age will follow a non-therapeutic treatment. This cure will be psychotherapy or natural food supplements. When the disorders persist, psychiatrists may prescribe much heavier chemical treatments. This treatment with psychostimulants belongs to the amphetamine family, whose use is very controversial. This can have relative effectiveness but can cause undesirable effects such as addiction, cardiac risks or hypertension.

If you want to get further information about the correct concentration and CBD dosage you needed, you might look at this topic on our blog : HOW TO EFFECTIVELY CHOOSE YOUR CANNABIDIOL OIL ?

Because it supports one of the body’s regulatory systems, CBD promotes focus in several ways.

How to maximize the effect of CBD oil for work

There are several benefits to using Cannabidiol for concentration, but if you want the best results, do the following:

CBD for concentration and Exercise : how does it work ?

CBD used for concentration and exercise work synergistically to give the best results. Exercise gets your heart pumping and promotes blood flow, which effectively distributes CBD into your bloodstream.

Cannabidiol increases your energy levels by promoting better sleep. Higher energy levels mean you can exercise and have more strength to work with. CBD treats inflammation, which means fewer sore muscles and joints during exercise.

if you want to know more about CBD effects during exercise, you can consult our blog article : CBD IN SPORTS : CAN CBD IMPROVE PERFORMANCE AND RECOVERY?

The stimulating effects of CBD for concentration in your daily routine

The sedative effects of CBD oil have been described by many people who use it. This stimulant effect might be caused by Cannabidiol’s ability to activate certain adenosine receptors. These are the same receptors that caffeine, a stimulant, binds to and activates. Adenosine receptors are found in the same area of the hippocampus of the brain as cannabinoid receptors.

CBD is considered by many to have biphasic properties. A biphasic drug is one that can have different effects on the body at different blood levels. At lower concentration levels, Cannabidiol has been shown to interact with the endocannabinoid system. The results are described as alertness and other elevated responses. At higher concentrations, CBD produces a more sedative-like effect, leading to feelings of calm and relaxation. It is this biphasic role that can produce both relaxing and stimulating effects depending on the concentration of Cannabidiol consumed.

If you want to know more about our Swiss CBD, be sure to see our blog article : SWISS CBD OIL – HOW CANNABIDIOL IS MADE IN SWITZERLAND ?

CBD for concentration and attention disorders: the state of knowledge

ADHD is an Attention Deficit Hyperactivity Disorder. There are three categories:

Manifestations of these disorders are distractibility, hyperactivity and complicated impulse management. The causes of these disorders have not yet been completely identified. One avenue of investigation is an alteration in the activity of neurotransmitters.

Neurotransmitters are chemical substances released by the body that allow the transmission of a message from one neuron to another. This happens in certain regions of the brain involved in attention (the striatum, the amygdala and the hippocampus).

CBD appears as a real ally against the disease. It promotes appeasement, quality sleep and above all has no consequences on development. Finally, it has been reported in many testimonies that some components (terpenes) would be more effective than others in the management of ADHD, including pinene and terpinolene.

In conclusion, Cannabidiol may offer a real benefit for cognitive functions, whether they are impaired by pathology or not. It is a natural molecule with very mild adverse effects or addiction. In the case of attention disorders, patients are generally very young. Hence, natural alternatives to heavy chemical treatments are always sought. The use of cannabis on young brains is still controversial today. This is due to THC that would be deleterious in brain development and not CBD. While there are many other options, CBD might be a more natural and safer alternative to most conventional prescriptions. After all, it has very few mild side effects. Cannabidiol could not only to boost concentration, but also to reduce anxiety and stabilize your mood. So CBD might just help you be more productive and efficient in your work or studies.

CBD AGAINST ANXIETY: DOES IT REALLY WORK?